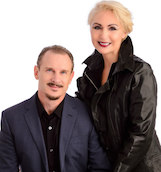 Kelowna is the 53rd most populous city in Canada but the Kelowna airport is the 10th busiest airport in the country, a telling statistic for a city that Western Investor has selected as the No.1 town for real estate investors over the next 12 months.

“We are getting close to two million passengers a year at the Kelowna airport,” noted Jeff Hudson, principal and co-founder of HM Commercial, one of the leading commercial real estate agencies in the Okanagan’s largest city.

Two new hotels are now in place at the airport, and construction cranes above commercial and residential towers overhung a Western Investor walking tour of the downtown.

This construction includes the second phase of the North American Development Group’s One Water Street condo tower that, at 36 storeys, will be the highest building between Vancouver and Calgary. Closer to completion is the Ella tower by Mission Group, where the two-bedroom condos are priced from $679,900 to nearly $2 million for the last penthouse. Heading to completion early in 2020, the 116 units in the 20-storey tower are 86 per cent sold out. Investors are among the buyers at Ella, attracted by the rental potential in a city with a 1.9 per cent vacancy rate and rents that average more than $2 per square foot for apartments and even higher for condos.

Jeff Hudson, principal of HM Commercial in Kelowna with the new 20-storey Ella condominium tower in the background. | larry o’brien

In all, 12 new multi-family towers are under construction in Kelowna, including the 25-storey Brooklyn, which includes a mix of residential and commercial use as part of the $14 million Bernard Block development downtown. The Bernard Block will boast 80,000 square feet of Class A office space, supported by over 18,000 square feet of storefront retail. The residential tower will feature 217 homes.

Kelowna’s office vacancy rate is 4.9 per cent, down from 6.5 per cent a year ago and Class A space is leasing for up to $26 per square foot. Right now there is 312,600 square feet of new office space under construction, nearly six times higher than in 2018. Yet the latest new towers – Landmark 6 with 196,000 square feet, the Innovation Centre –a high-tech incubator – and the 74,000-square-foot Macintosh Centre are 100 per cent leased.

With 3.9 million square feet of office space in the city, less than 200,000 square feet was available as of the third quarter. In September, Rogers Communications confirmed it is leasing 32,000 square feet in the Landmark complex for a new call centre that will employ up to 350 people when it opens next summer.

Commercial strata is a cornerstone of Kelowna’s Packing District, emerging on the edge of downtown. This year, Vancouver-based PC Urban Properties began its fourth Kelowna project there with the Powerhouse, a 56,000-square-foot complex that will offer small-bay, commercial flex strata for retail on the main floor and upper floor office space with pricing starting at $379,000.

Kelowna’s industrial sector is “on fire,” Hudson said. The industrial vacancy rate is at record low of 0.7 per cent. This has attracted nearly 180,000 square feet of new construction, but it has also driven industrial land prices higher. Prime sites are selling for up to $1.3 million an acre.

Over the past several years, Kelowna has concentrated on its downtown, extending a lakefront park and walkway, replacing sewer lines, improving streets and using progressive zoning to attract developers. It has paid off.

“It’s gratifying to see the city’s long-term vision for this area becoming a reality,” said Kelowna Mayor Colin Basran. “The mixture of commercial, industrial and residential properties create a dynamic and attractive hub of development where people can work, live and enjoy leisure time all in one spot.”

B.C.’s third-largest city outside of the Lower Mainland is a prime destination for western investors.

Prince George, the self-styled capital of Northern B.C., is forecast to see GDP growth of 1.5 per cent this year and 1.7 per cent in 2020, according to the Conference Board of Canada, which featured Prince George as among selected mid-size cities for best economic growth this year.

The city’s economic performance has been thanks to robust growth in its goods-producing industries, particularly construction. The construction industry should continue to make healthy gains thanks to last year’s near-record housing starts and an active non-residential construction sector. Gains will be more modest in manufacturing as a result of weak performances in the forestry and mining sectors.

Thanks to a healthy real estate market, finance, insurance, and real estate will be Prince George’s fastest-growing industry over this year and next, the board contends. This sector is forecast to expand by 2.6 per cent this year and 2.7 per cent in 2020.

Work will wrap up this year on the last of 27 projects associated with the $440-million improvement of Highway 97. Construction is proceeding, however, on the $44 million Kelly Road secondary school that opens to 900 students in 2020. The University of Northern British Columbia is expanding with a new $3.3 million program in occupational and physical therapy.

The biggest news in northern B.C. is construction of the 670-kilometre Coastal GasLink pipeline that will deliver natural gas
from Dawson Creek to LNG Canada’s under-construction liquefied natural gas terminal in Kitimat. All in, this is a $40 billion project and the largest private investment in Canadian history. The pipeline does not run through Prince George, but the north’s largest city will reap benefits. With construction beginning this year and slated to end by 2023, the project will employ more than 2,500 workers.

The residential rental vacancy rate is around 3.7 per cent, and one-bedroom apartments rent in the $900-$1,000 per month range. One can still buy a detached house in Prince George for less than $350,000, which could be a smart play in this fast-growing city.

Molson Coors has opened a $200 million brewery in Chilliwack, an industrial and housing hot spot in the Lower Mainland. | Molson Coors

The opening of the $200 million Molson Coors brewery in September is not the only good news for investors looking at the Lower Mainland community that has become an industrial real estate hot spot.

Molson Coors chose Chilliwack for the 400,000-square-foot plant because of land availability and highway transportation links. Also, Chilliwack managed to secure a special zoning within the Agricultural Land Reserve for the brewery, an indication of its business-friendly city administration.

Avison Young recently described the Chilliwack region as among the “Lower Mainland’s most active industrial market,” with strong activity continuing through 2019’s first half. Colliers International has pegged Chilliwack’s industrial vacancy rate at 0.4 per cent, the lowest in the Lower Mainland.

On the retail front, PCI Developments has purchased the Cottonwood Mall and is in the midst of a $30 million expansion that includes a new Save-On-Foods. If approved, work will also begin next year on the $63 million demolition and remake of the Chilliwack Mall that includes three residential towers.

The 400 jobs created by the new Molson Coors brewery will help speed the flow of people into Chilliwack, where house prices are rising faster than anywhere else in the Lower Mainland. In September, the average home price in Chilliwack, at $525,200, was up 1.2 per cent from a year earlier, while it had fallen 6 per cent in Greater Vancouver.

Chilliwack’s economy is anticipated to expand by a steady 2.2 per cent this year and next, according to the Conference Board of Canada. Employment is set to grow by 1.5 per cent in 2019 and 2.4 per cent in 2020.  The unemployment rate, already at a tight 4.5 per cent, is expected to reach 4.4 per cent next year, one of the lowest in Canada.

Despite an Alberta slowdown, Lethbridge’s economy has fired on all cylinders over the past two years, expanding by 5.1 per cent in 2018, though economic growth will moderate to a still-healthy 2.6 per cent in 2019 and 2.7 per cent in 2020, according to the Conference Board of Canada. Strong employment growth will continue, with 2,700 new jobs created this year and next, following the 1,800-job leap last year. Population growth will remain solid at 1.9 per cent in both 2019 and 2020, matching the average annual gains of the past decade.

Lethbridge’s performance is attributed to a diversified economy that is underpinned by agriculture, not oil and gas extraction. Education and health care are two major sectors accounting for nearly 20 per cent of GDP. Lethbridge is home to Lethbridge College and the University of Lethbridge, and several health care facilities, including the Lethbridge Health Unit, the Chinook Regional Hospital, and the St. Michael’s Health Centre.

Construction began in April on the $10.9-million twinning of University Drive. Meanwhile, a new fire station is expected to open in November of next year. Also, the city approved $700,000 earlier this year for renovations at the Lethbridge Airport.

Mac the Moose is the world’s largest and a fitting mascot for Moose Jaw, which is attracting giant employers this year. | City of Moose Jaw

The world’s biggest moose is not the only highlight in Moose Jaw this year as the Saskatchewan city of 34,000 recently welcomed large employers. The biggest announcement is an historic land deal that has the potential to create $46.5 billion in economic activity.

This involves a 780-acre industrial deal with agricultural giant Carpere Canada. Carpere, based in Richmond, B.C., will develop a high-tech industrial park on the site and plans on partnering with local producers to develop new international markets for Saskatchewan agricultural products. Carpere says they will be using 716 acres of land for industrial development, with 64 acres used for residential lands under a decades-long build out.

SaskPower will build a new 350-megawatt natural gas power plant in Moose Jaw, big enough to power 350,000 homes, with work to start within a year. Meanwhile, Sycamore Energy Inc., a large solar power supplier, has announced they will open the company’s Saskatchewan headquarters in Moose Jaw. Sycamore Energy predicts the local economy will see a benefit of more than $1 million dollars of investment over the first year. And Imperial Distillery, with investors from India, has been awarded a three-year tax exemption so it can build Moose Jaw’s first whiskey distillery. The new venture is expected to create up to 15 jobs and will see over $3 million invested in the community.

Moose Jaw’s most famous citizen, Mac the Moose has regained its status as the world’s largest moose after the city outdid a challenge from a town in Norway. The Saskatchewan city added higher antlers in October that again make Mac the world’s tallest moose. Like Max, the new rack was locally made. It is all part of Moose Jaw’s goods-producing industries that will help drive real GDP gains of 1.7 per cent this year and 1.8 per cent in 2020, forecasts the Conference Board of Canada. 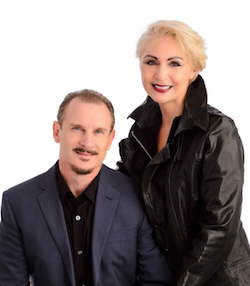 Let's discuss your next home sale or purchase, with no obligation.

#108 - 1980 Cooper Road, Kelowna, BC, V1Y 8K5 Garry's Cell: 250-869-7373   Garry's Email: gdharder1215@gmail.com
Powered by myRealPage.com
The trademarks REALTOR®, REALTORS®, and the REALTOR® logo are controlled by The Canadian Real Estate Association (CREA) and identify real estate professionals who are member’s of CREA. The trademarks MLS®, Multiple Listing Service® and the associated logos are owned by CREA and identify the quality of services provided by real estate professionals who are members of CREA. Used under license.